The “Song of the Princess” 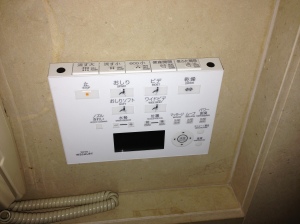 On our way out to the Adachi Museum of Art in the Tottori Prefecture, our guide began talking about how the founder had made his money in the building industry, progressing to the most auspicious manner in which to situate a house; she said that homeowners often consult a fortune-teller before building.  From there she explained that bathrooms are always built on the north or west sides of the house.

Then the fun began.

Apparently, a number of years ago, unsettling numbers of elderly people would go to the bathroom at night, especially during the winter, and die there.  This was a great source of horror and puzzlement to the Japanese, since in America, Canada and France (among other places) this did not happen.  So engineers were sent out worldwide to search for possible solutions.

When they returned with their findings, there was some confusion in that while France had bidets, the U.S. and Canada did not, and in all of those countries, elderly people did not die in such great numbers, bidets notwithstanding. Eventually, it was determined that the toilet seats needed to be heated in order to keep older people from dying in the bathrooms. This was done, and the seat’s heat level cannot be changed.

However, it is not proper that Japanese women be heard making any sort of sound during their visits to the bathroom, so an option was added to the toilet called “flushing sound”, which does not actually flush the toilet but makes the correct sounds.  Some of the toilets also play a song rather than making the water-running sound; this is known as “The Song of the Princess”.

Some years later, it was found that the men working on their feet for eight hours as employees of large manufacturing companies (Toyota, for instance) developed painful hemorrhoids.  The toilet engineers went back to work.  They developed an additional function to the toilet where water could be sprayed in such a fashion as to alleviate the suffering.  However, the water needed to be the correct temperature, necessitating a great deal of testing.

Now Japanese bathrooms feature an almost intimidating array of choices on a panel set into the wall next to the toilet, ranging from services such as bidet to light spray and full spray, including, of course, the “song of the princess.”

On the way back from the art museum, Mom asked our guide why we hadn’t seen many dogs and cats in Japan.  The answer was that dogs are walked at certain times of the day, morning and evening, then kept in kennels; they are not allowed to roam at will under any circumstances.

From there, we progressed to dog names.  She said that once the Westerners came, many of their dogs had names that sounded like “Spotty” to Japanese ears.  This, pronounced with her charming accent, sounded suspiciously like “potty”, setting us all off again.  The crowning moment came when she mentioned that the newest and most favorite Japanese dog name was “John”.

She looked around at the convulsed passengers and asked, “Why are you all laughing?”

← A Walking Tour of Moscow